BlueStacks is a legitimate, free and easy to install program for Mac or Windows PC that enables anyone to run Android OS (Icecream Sandwich) and download over 450,000+ Android apps without the need for “dual-booting”, allowing Mac and Windows users to enjoy the full experience of an Android device!
Amazingly, the Android apps even appear on the Windows 8 Start screen and on the apps screen.
Why Install BlueStacks (Android) on a Windows or Mac PC/Laptop?
The Android platform, backed by the power of Google, delivers key advantages:
BlueStacks for Windows/Mac is free! It also supports:

Watch the video below to see BlueStacks in action on a Windows 8 PC:

Existing android tablet and phone owners can also download the free app, BlueStacks Cloud Connect, which allows users to push apps from their Android device to Bluestacks on a PC/Mac, and vice versa. Simply associate BlueStacks on a PC/Mac with a Google Account so that users can access the Google Play store to sync and download apps.

Note: If users choose not to sync apps to and from an Android device, simply use the built in 'App Search' to search for apps as well as categories such as 'Top Apps' and 'Spotlight' to install apps from Google Play, Amazon, or 1Mobile. Once users have entered a particular store (e.g. Google Play), they can then search within that store's app search bar.
Below: BlueStacks running in full-screen mode. Click on 'All Aps' to view installed apps. 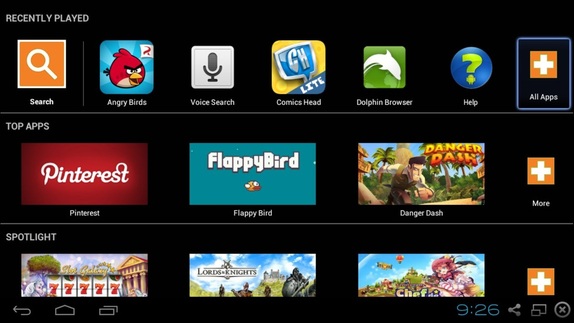 Below: BlueStacks Android apps installed from the Google Play store. 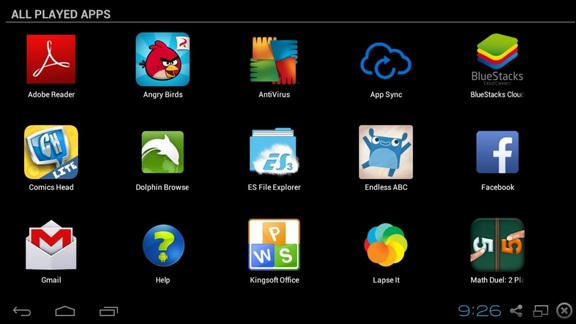 With over 5 million people using BlueStacks to date, follow the download instructions below to use Android on a PC or Mac. 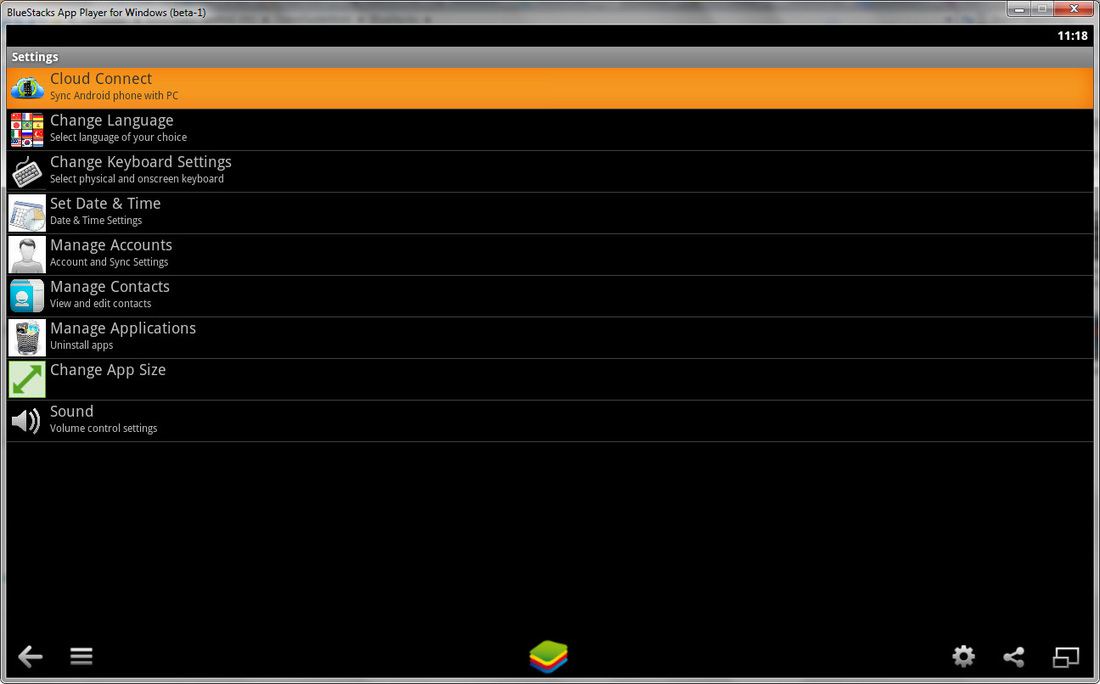 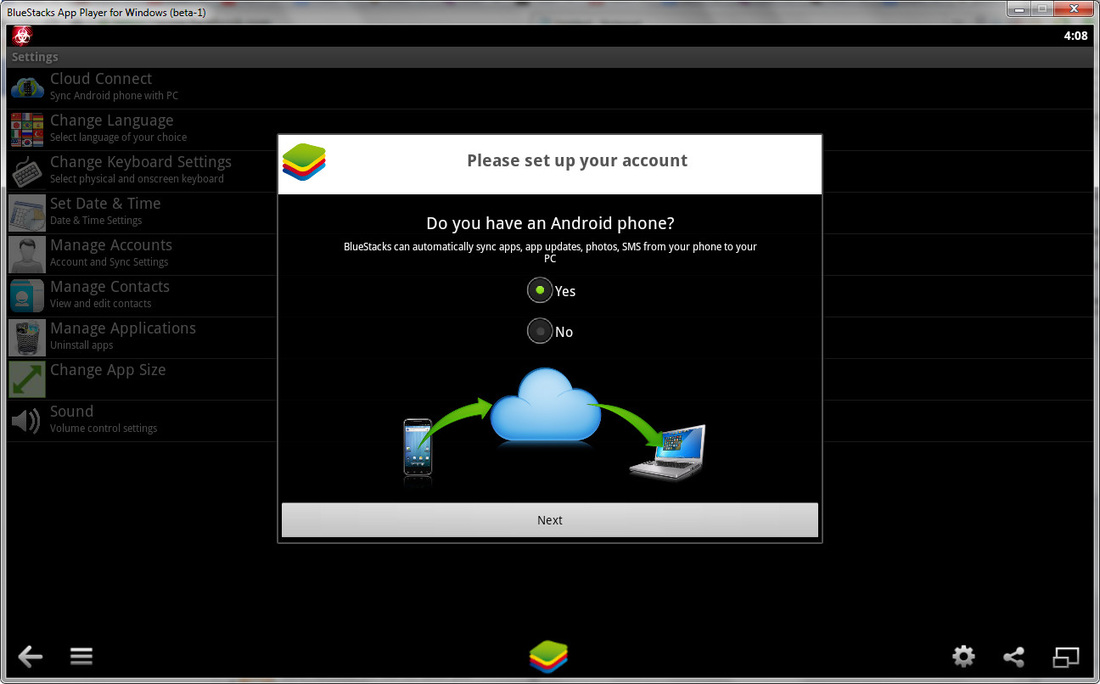 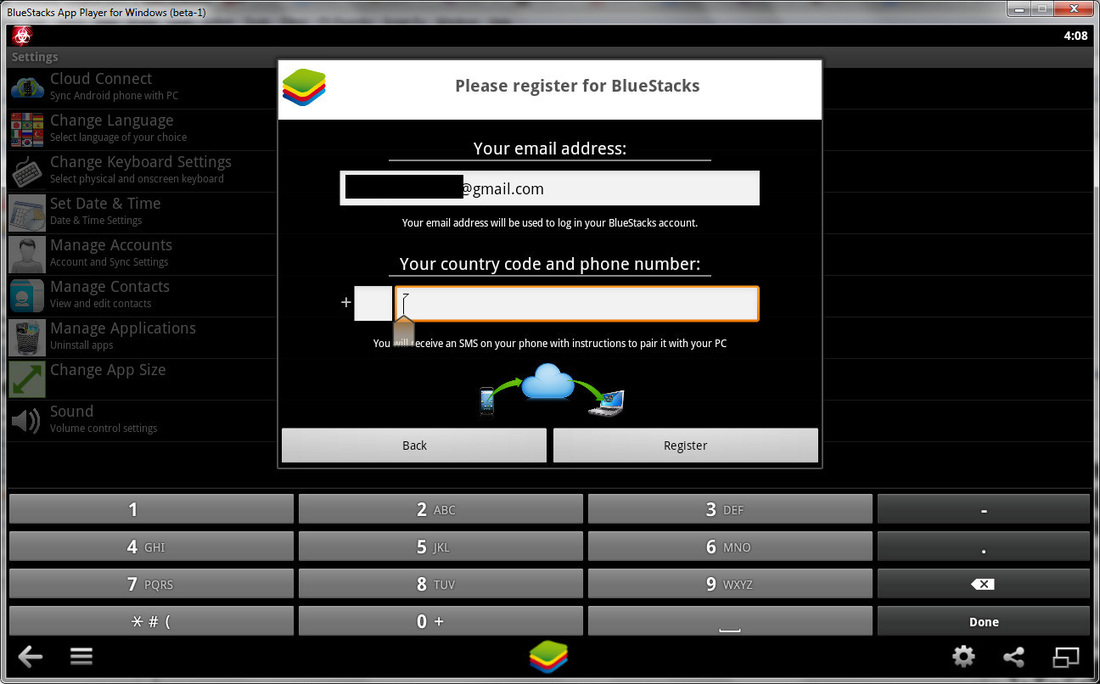 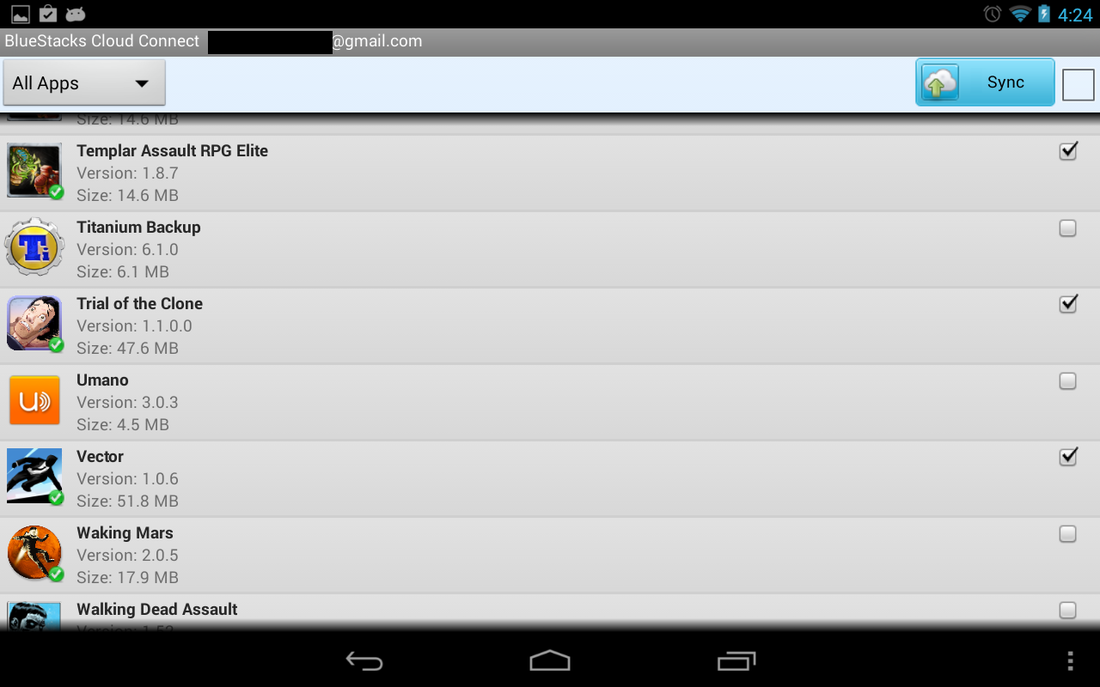