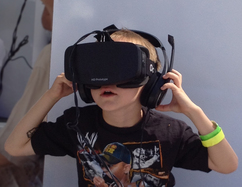 Not only are virtual reality experiences engaging and entertaining, but they have the power to transform e-learning into i-learning as statistics show that people retain 10% of what they read, 50% of what they hear, and 90% of what they do.1

The Oculus Rift is a virtual reality headset, originally launched through a Kickstarter campaign (raising over $2.4 million) and recently acquired by Facebook for $2 billion!

The Oculus Rift VR headset creates a stereoscopic 3D view achieved by presenting unique and parallel images for each eye (this is the same way your eyes perceive images in the real world) with excellent depth, scale, and parallax. Watch the videos below to learn more.

The Features:
The DK2 ($US350 + shipping +taxes) consists of:
System Requirements:
Minimum requirements

Recommended specifications
The Ordering Process:
When purchasing the Oculus Rift, buyers must understand that:
The Setup:
Whilst the initially setup of the DK2 headset is easy, the next step can be quite tricky. However, the following guide should make things a lot easier:

Step 1: Drivers, Unboxing and Connecting
Watch the video below to learn how to install the Oculus Rift software and how to connect the DK2 headset to a computer:
Step 2: Direct vs Extended Modes
VR apps work in two different ways:

To run these applications users simply:
If a 'Direct To Rift' app works perfectly then great! If it doesn't work properly (or at all) then follow the instructions below.

NOTE: Whilst Extended Desktop Mode is enabled, the DK2's display remains on. This is less energy efficient and also comes with an increased chance of burn-in on the display - therefore there is an option for turning off the display after a period of inactivity.

These apps can be tricky to run unless you follow the directions below:

Option 1: Right-Click --> Open On Oculus Rift
For those apps that do not contain a Direct to Rift.exe or for those Direct to Rift apps that crash or do not function properly, users can: 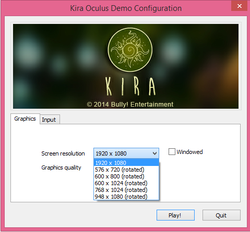 Some apps will open immediately on the Rift whilst others will present users with a window containing options for the display resolution and in-app user controls (see right).

As demonstrated in the image (right), select 1920 x 800 as the display resolution and then select 'Play'. Note: Users may have to press Alt+Enter to force the app into Full Screen Mode and onto the Rift.

If that does not work, try different display resolutions. If none of the resolution options work then use the VR Desktop option discussed in the section below. 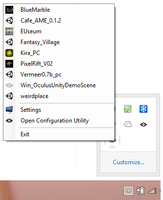 Option 2: VR Desktop Menu
The primary monitor will operate as per normal and the DK2 will show the extended desktop but it will be hard to view/navigate when a user has the DK2 on as the DK2 is not designed for users to be able to properly view the desktop. Therefore users must:

The Oculus Rift is designed to function in the following manner: 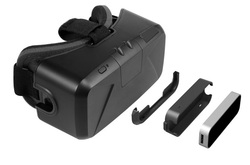 A Leap Motion Controller ($US99) is a tiny USB device that tracks hand and finger gestures (such as point, wave reach and grab). It uses the air space (8 cubic feet/135° field of view) around the controller to detect movements.

A Leap Motion Controller can be mounted onto the Oculus Rift (for $US19.99 or for free using a 3D printer) to enable users to interact with and navigate within various VR experiences using hand and finger gestures (instead of using a keyboard or mouse).

Watch the videos below demonstrating the Leap Motion Controller's ability when mounted to an Oculus Rift headset:

Most apps are specifically designed to be used with an X-Box 360 controller (wired or wireless) connected to a PC via USB using these drivers.

It is also highly recommended to use a Wireless X-Box 360 Controller for Windows so that users do not have to navigate the VR world with another wire that they can possibly get tangled up in.

Other Controllers
Any other gamepad can be used to navigate within VR apps, provided that the gamepad is mapped to simulate a keyboard or mouse. This can be done using various mapping apps such as Joy2Key.

Using other gamepads can be tricky as each game has it's own unique keyboard/mouse settings that must be mapped to the controller. View the image below to see to see an example: 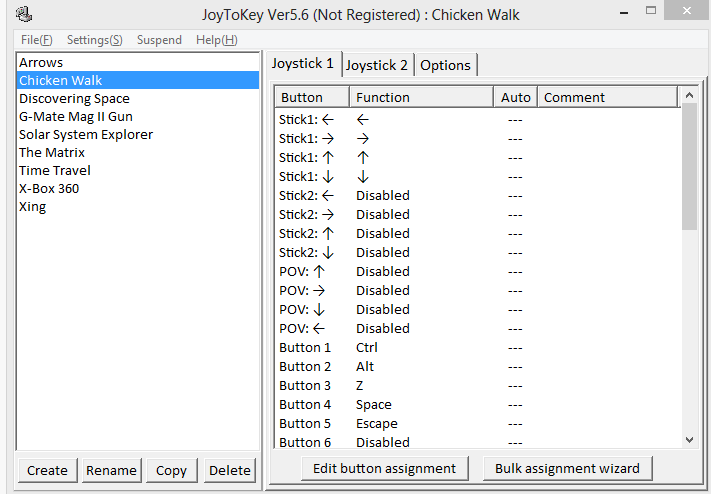 Omni by Virtuix ($US499) is a natural motion interface that emulates the function of any keyboard or gamepad controlled game. The low-friction platform that enables users to immersive themselves into any VR or non-VR game by being able to walk, run, jump, duck, step backwards, strafe and sit!

The Omni platform can also be used whilst holding a game controller (such as the X-Box 360 Controller). It connects to a PC or mobile VR device using Bluetooth.

Watch the video below to see it in action:

The waist support ring is adjustable to accommodate heights ranging from 4’8” up to 6’5”, and a maximum user weight of 285 pounds. The waist harness comes in various sizes. The platform ring has a 20” diameter.
Phone-Enabled VR Solutions

The following solutions work by simply placing a smartphone into a cardboard or plastic headset and using side-by-side (SBS) apps (pictured right) to deliver virtual reality experiences to each eye.

Whilst VR smartphone solutions (such as Google Cardboard) contain their own controlling mechanisms within the headsets to help users interact with their VR experience, users can also use an additional Bluetooth controller to improve their experience. Here are just a few options:
Software
The whole reason for considering the use of virtual reality headsets in educational settings are the experiences that can be downloaded (mostly for free). Check out the following programs:

PC-Enabled VR Software
Whilst there are a large variety of apps and games available for PC VR headsets (which may also work with phone-based headsets if Splashtop is used), reviewed below are the apps that are the most suitable to use in educational settings across a number of learning areas:

The following apps would be ideal for having students use a VR headset and then have students compose a narrative or a descriptive recount of their experience.

There are some emerging apps that can be used to teach various IT related concepts: 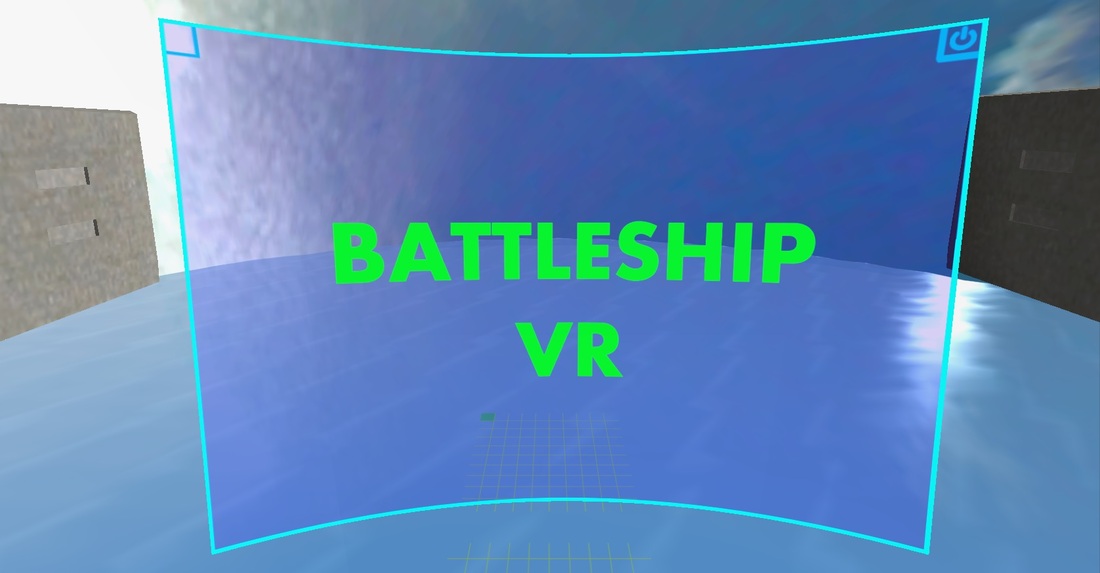 Battleship VR (for Windows) enables users to play the classic Battleship game in VR (reinforcing grid references). Using the Leap Motion, players can use their hands to select squares, navigate menus and fire upon enemy ships.

The demo allows players to select and fire upon enemy squares. Watch the video below to see it in action:

Runtastic has developed a proof-of-concept app that trains users on how to exercise whilst in a VR world. This VR trainer uses the technology in the Oculus Rift to monitor how the user performs squats, lunges, yoga and also contains a seven minute workout. Watch the video below to see it in action: 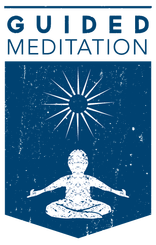 Suggestions are also given as to how users can use each setting to enhance, differentiate or modify their meditation techniques to suit the experience (using the descriptions here).


Watch the video below to get a feel for one of the experiences:

Guided Meditation for Oculus Rift from cubicleninjas on Vimeo.

Virtual realities are also being used by global companies such as Caterpillar and General Motors to design, create and test products.2 View the following examples below:

Other Oculus Rift Software Resources:
Smartphone-Enabled VR Software
The following apps enable anyone with a smartphone and a cardboard or plastic headset to experience VR. Owners of an Oculus Rift can also connect a smartphone to their headset and use these apps if they have a MHL or SlimPort cable.
Notable Non-Educational Smartphone VR Apps: